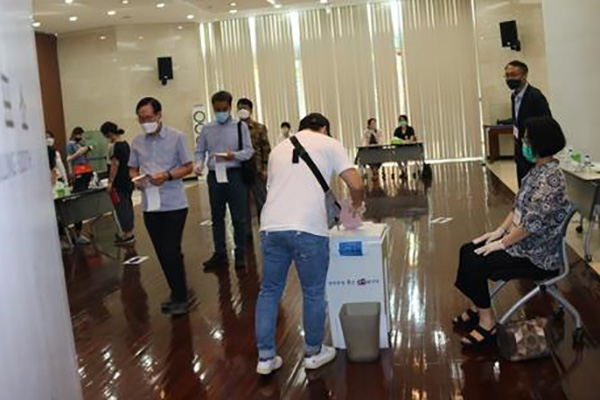 The National Election Commission said Tuesday that overseas voting for next week's general elections recorded a voter turnout of 23-point-eight percent, the lowest since overseas polling began with the 2012 parliamentary elections.

Over 40-thousand out of nearly 172-thousand eligible overseas voters cast their ballots from April 1 to the 6 at 91 polling stations worldwide.

Due to the coronavirus pandemic, the NEC earlier decided to suspend voting at 91 missions in 55 countries and territories, while the voting period was cut short at 36 other diplomatic missions.

As of earlier in the day, over 16-hundred overseas residents have reported that they will vote at home, a sharp increase from around 360 during the previous general elections in 2016.
Share
Print
List