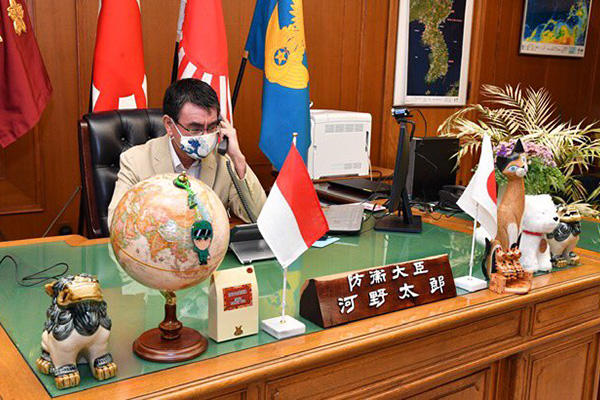 Tokyo has reiterated that its trade regulations on Seoul are a separate issue from a military information-sharing pact between the two countries.

Seoul threatened not to renew the pact that was set to expire in November last year after Tokyo imposed export curbs on South Korea, apparently in retaliation for the Korean Supreme Court rulings against several Japanese firms involved in Japan’s forced labor issue.

Seoul, however, decided to temporarily withhold the deal’s expiry and warned it could be terminated at any time.

Japanese Foreign Minister Toshimitsu Motegi echoed Kono’s view in a separate press conference, saying a decision on whether to lift the export curbs should be reviewed based on how the related South Korean system is managed and revised.