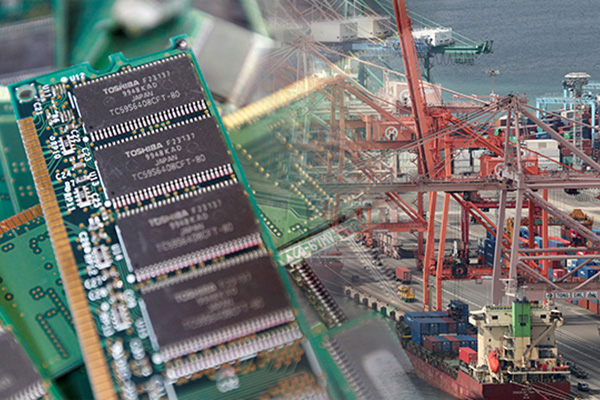 The stock prices of Korean semiconductor materials makers more than doubled in the past year despite Japan's export curbs imposed last July as part of economic retaliation over compensation for wartime forced laborers.

According to financial information provider Infomax and the Korea Exchange on Monday, shares of Dongjin Semichem, Soulbrain Holdings and Ram Technology surged more than 100 percent compared to a year earlier.

While South Korean firms managed to turn the crisis into a new opportunity, Japanese hydrogen fluoride producers are struggling after losing major clients in South Korea.

As of last Friday, the share prices of Stella Chemifa and Showa Denko both fell 19-point-six and 22 percent, respectively, compared to just before the trade restrictions came into effect in early July of last year.
Share
Print
List