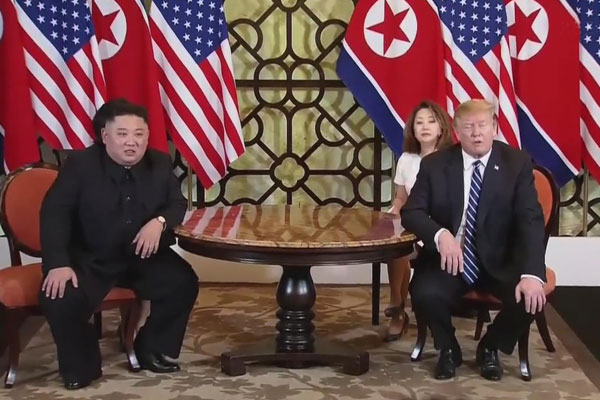 The top U.S. envoy for North Korea reportedly said on Monday that another summit between President Donald Trump and North Korean leader Kim Jong-un is unlikely before the U.S. presidential election.

According to AFP, Deputy Secretary of State Stephen Biegun, who is also in charge of Washington's negotiations with North Korea, made the comment during a virtual forum hosted by the German Marshall Fund of the United States, a think tank headquartered in Washington.

Asked about the possibility of Trump and Kim meeting again, Biegun said he thinks it's "probably unlikely" between now and the U.S. election in November.

Biegun said in the time remaining and with the wet blanket COVID-19 has put over the entire world, it's hard to envision the circumstances where they could do an in-person international summit.

However, he added that the U.S. believes "there is still time for the two sides to make substantial progress" in the direction they both want to go.
Share
Print
List