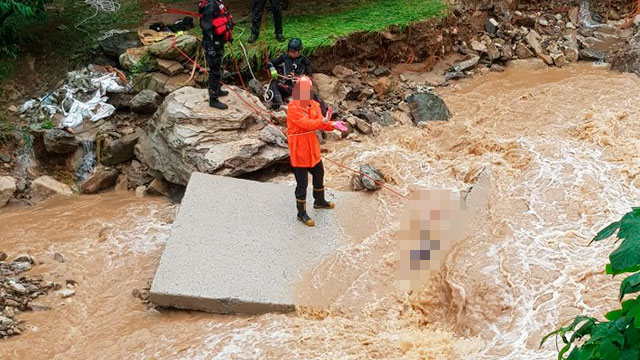 Losses from two straight days of heavy rain over the weekend are mounting in the central part of South Korea, including the greater Seoul area, Chungcheong provinces and Gangwon Province.

As of Monday morning, the number of people who have been forced to flee their homes has climbed to about 800.

Similarly, about 190 homes, two-thousand-793 greenhouses and two-thousand-800 hectares of farmland have been flooded or damaged.

Some 252 trails have been closed at 10 national parks while rescue personnel have rescued or evacuated one-thousand-60 individuals.
Share
Print
List