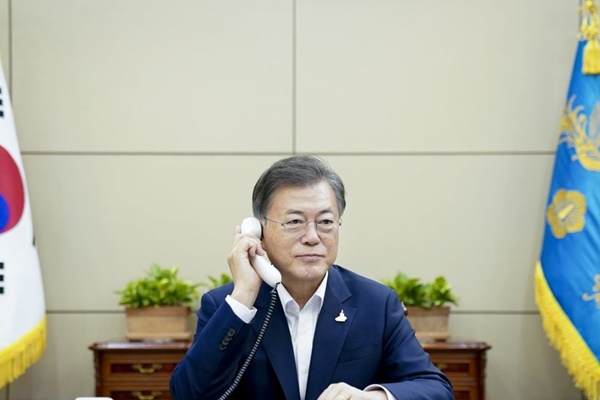 President Moon Jae-in cancelled his summer vacation this week to check up on the damage from torrential downpours in the country's central region.

Moon had traveled to his private residence in the country's southeastern city of Yangsan over the past weekend, where he had intended to spend his week-long vacation.

As increasing damage from heavy rains was being reported, Moon returned to the presidential office.

According to deputy presidential spokesperson Yoon Jae-kwan on Monday, the president has yet to reschedule his holiday.