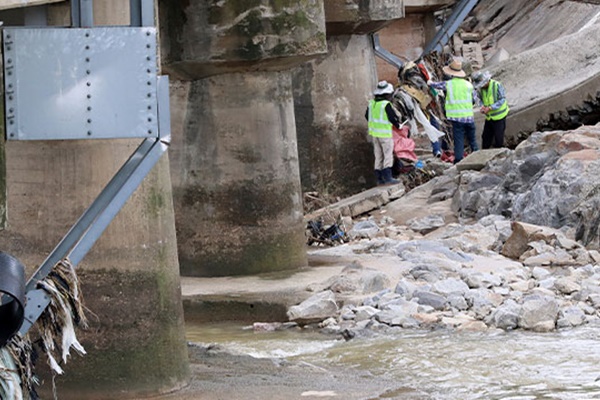 Forty-two people have been killed or gone missing due to heavy rains that have battered South Korea this month.

The Central Disaster and Safety Countermeasures Headquarters said that as of Thursday morning, 35 people have died, seven remain missing and eight have been injured due to the rains since August 1.

The headquarters said that over 78-hundred people in eleven cities and provinces have been displaced. Roughly three thousand of them have yet to return to their homes.

More than 25-thousand cases of damage to public and private facilities have been reported, with damage to nearly 53-hundred roads and bridges. Over eleven-hundred landslides were reported across the nation, while some 62-hundred houses were destroyed or damaged.

The government said that emergency recovery has been completed for 73 percent of the damaged facilities.

Traffic is closed on 57 roads across the nation and train service on sections of the Chungbuk, Taebaek, Yeongdong and Janghang lines remain suspended.
Share
Print
List