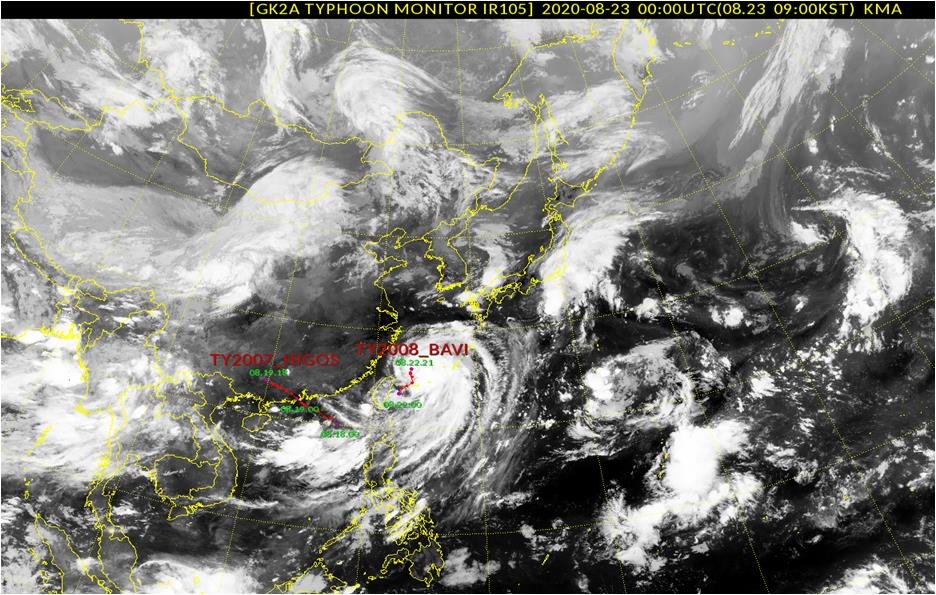 Typhoon Bavi is heading north toward the Korean Peninsula and will reach waters near Jeju Island on Tuesday.

The season's eighth typhoon is expected to affect the southern island from Tuesday night, with the entire country forecast to come under its direct impact on Wednesday.

The Korea Meteorological Administration(KMA) said that the typhoon, currently heading north in waters 500 kilometers south of Jeju Island as of Tuesday morning, will pass through waters west of the island on Wednesday afternoon.

The typhoon is forecast to pass the country's western coast near Taean, South Chungcheong Province, on early Thursday before making landfall in North Korea's Hwanghae Province later in the day.

The typhoon is expected to bring heavy rains and strong winds to the country, beginning with Jeju Island from Tuesday night. In particular, Typhoon Bavi is forecast to bring strong winds of up to 60 meters per second to Jeju and southwestern coastal areas in Jeolla provinces.