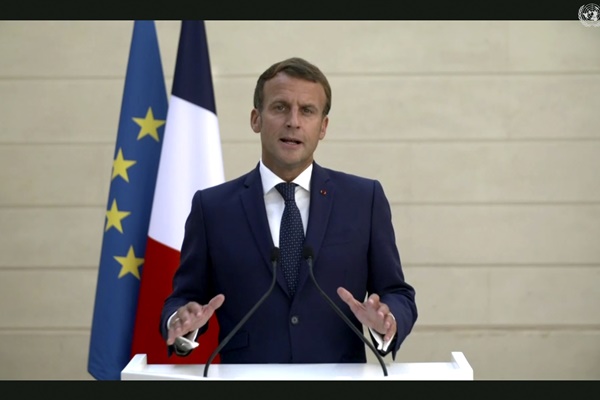 The French president made the push on Tuesday in his video address to the 75th United Nations General Assembly.

Macron said that the North's denuclearization is the only way to realize lasting peace on the Korean Peninsula and achieve a political solution to issues in the region.

Macron said that his country has supported U.S.' efforts for negotiations with North Korea, adding it is waiting for the North to commit to its pledge to take substantial steps although no tangible progress has been made.

The French president made the comment while explaining that his country is placing top priority on preventing the proliferation of weapons of mass destruction and that it is in a war against terrorism that threatens collective security.
Share
Print
List