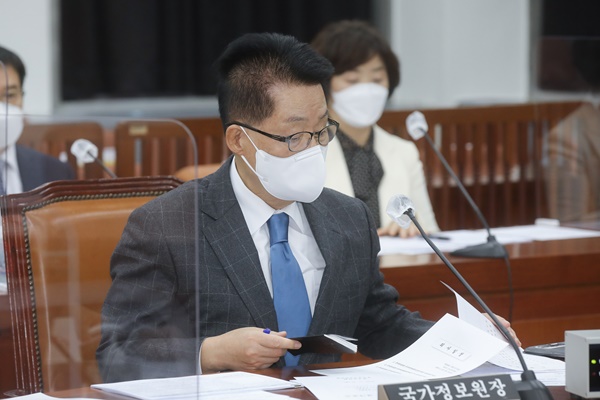 Park made the announcement on Wednesday during a joint briefing on the Moon Jae-in administration’s drive to reform powerful state agencies, three days after the National Assembly passed revisions to the NIS bill.

With the revised law, Park said for the first time since its establishment in 1961, the intelligence agency has clarified what it should and should not do and particularly touted measures to prevent itself from intervening in politics.

He also promised the NIS’ efforts to fully and continuously cooperate in resolving suspicions over the agency’s roles in the tragic sinking of the Sewol ferry, online smear campaigns by former conservative governments and surveillance of South Korean citizens.

Regarding the transfer to the police of the spy agency’s authority to investigate South Korean citizens suspected of aiding North Korea, which is another key element of the revised law, the spy chief vowed to strengthen its cooperation with related organizations so there will be no vacuum in national security-related investigations.

He also cited the NIS’ plan to report major national security affairs to parliament and be reborn as an agency subject to democratic control.
Share
Print
List