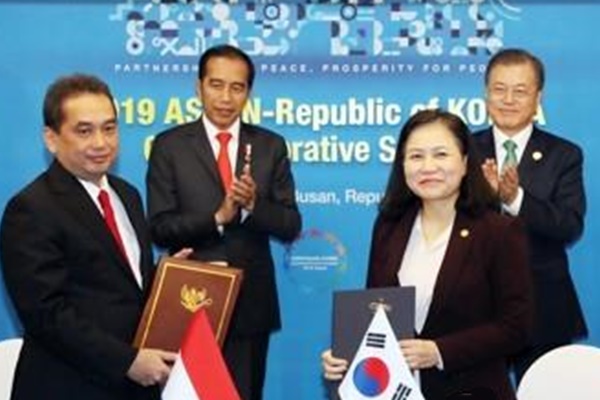 Trade, Industry and Energy Minister Sung Yun-mo and his Indonesian counterpart Agus Suparmanto signed the deal during a ceremony in Seoul.

The accord is equivalent to a free trade agreement, yet focuses on a broader scope of economic cooperation. It is the third trade deal that South Korea has signed with a member state of the Association of Southeast Asian Nations(ASEAN) after Singapore and Vietnam.

It’s also the first bilateral trade deal to be signed with an ASEAN member state since Seoul unveiled its New Southern Policy in 2017.