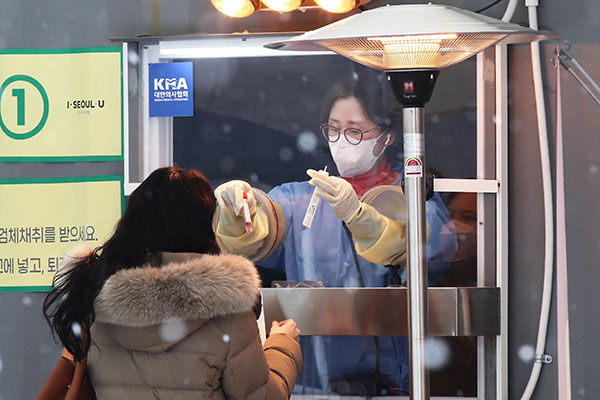 Daily COVID-19 cases retreated to the mid-300 range for the first time in two months as the latest wave of the epidemic continues to ease.

The daily caseload was the lowest to be posted since November 23.

Of the new cases, 314 were domestic infections, 223 of which were from the greater metro area. Seoul reported 113 cases, Gyeonggi Province 102 and Incheon eight. In other parts of the nation, Busan confirmed 23 new cases and South Gyeongsang Province added 21.