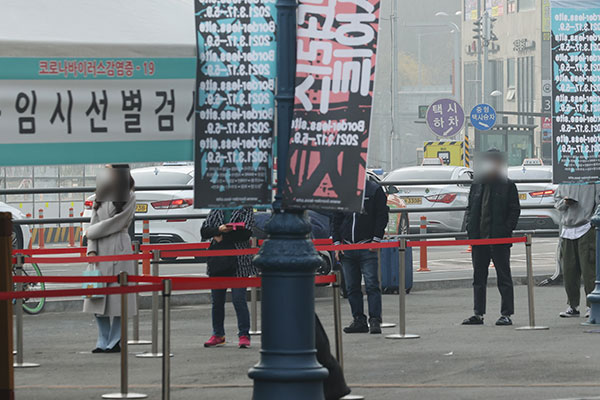 South Korea reported 558 new COVID-19 cases on Friday, staying in the 500s for the third day amid growing fears of a resurgence of the pandemic.

The Korea Disease Control and Prevention Agency(KDCA) said that the new cases raised the country's accumulated total to 104-thousand-194.

The daily figure marks the highest in 42 days since 561 cases were reported on February 19.

The third wave of the epidemic, which began in mid-November last year, has continued for five months, with signs of a fourth big surge.

Of the new infections detected throughout Thursday, 533 were local transmissions and 25 were imported cases.

About two-thirds of the local cases came from the greater metro area, with 165 in Seoul, 156 in Gyeonggi Province and 22 in Incheon.

Other parts of the nation added 190 cases amid small and large clusters linked to workplaces and other routine locations.

Two more deaths have been reported, raising the death toll to one-thousand-737. The fatality rate stands at one-point-67 percent. The number of critically ill patients dropped by six to 101.
Share
Print
List