No. of People with 1st Dose of COVID-19 Vaccine to Near 15 Mln by End of June 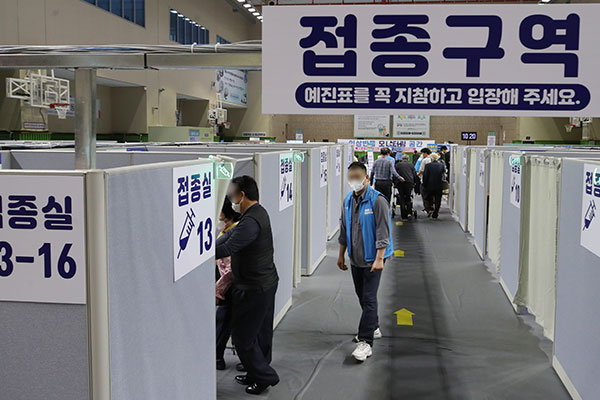 The number of people who have received at least one COVID-19 vaccine dose in South Korea is likely to hit near 15 million by the end of this month.

Interior Minister Jeon Hae-cheol presented the projection on Friday in a government meeting on COVID-19 responses.

Citing the current stable pace of vaccination and reservations, the minister said the number of people who have received at least one shot is estimated to reach the upper 14 million range by the end of June.

As of Thursday, the figure came to 14-point-23 million, which is 27-point-seven percent of the population.

The number of vaccination centers nationwide will also increase from the current 267 to 282 next month.

The government is aiming to have at least 36 million people, or 70 percent of the population, receive at least one COVID-19 shot by September to achieve herd immunity by November.
Share
Print
List