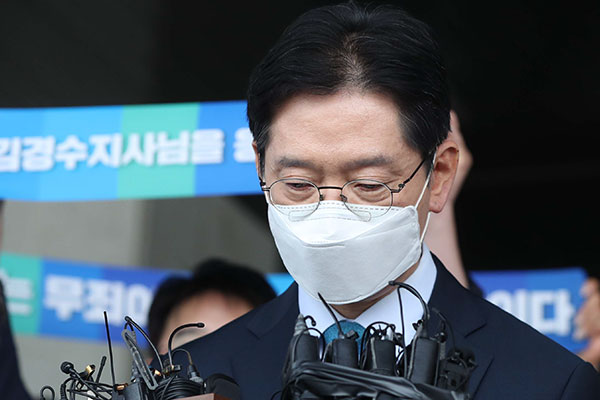 Rival political parties had mixed reactions to the Supreme Court upholding a two-year prison term for South Gyeongsang Gov. Kim Kyoung-soo for collusion in online opinion-rigging ahead of the 2017 presidential election.

The ruling Democratic Party(DP) on Wednesday expressed disappointment, but said it respects the top court's decision.

The main opposition People Power Party(PPP), on the other hand, said opinion-rigging is an act that regresses and destroys democracy, adding that the ruling proves Kim's denial of the collusion was a lie all along.

The PPP also urged President Moon Jae-in and the ruling party to apologize for distorting public opinion and threatening democracy.

Former Board of Audit and Inspection chairman and likely PPP presidential contender Choe Jae-hyeong said he respects the court decision, expressing hope for an end to opinion-rigging in domestic politics.