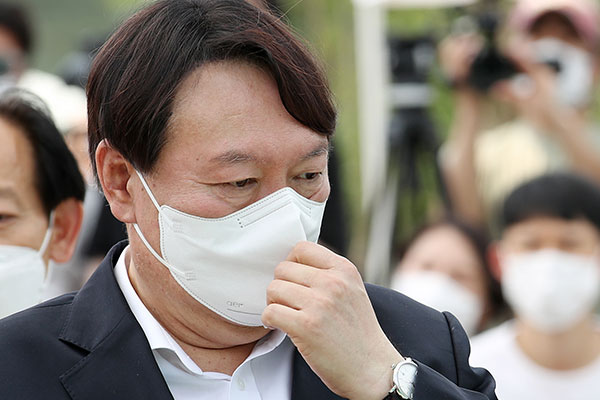 A South Korean newspaper has raised suspicions that the prosecution, under the leadership of Yoon Seok-youl, systematically intervened in cases involving Yoon’s mother-in-law.

The Segye Ilbo unveiled on Tuesday an internal document from the Supreme Prosecutors’ Office(SPO) regarding Yoon’s mother-in-law, surnamed Choi.

The document, which allegedly was drawn up in March of last year, details four cases involving Choi, and includes confidential information not easily accessible by the general public.

Though the report did not clarify who was behind the document, some in the political and legal circles suspect that the SPO’s Investigative Intelligence Office was involved in drafting the paper, given its format and content.

An official at the SPO said the office is trying to confirm the nature of the reported document.

The latest report is expected to add to existing suspicions that the Investigative Intelligence Office orchestrated a systematic and methodical scheme to sway local politics during Yoon's stint as prosecutor general.

Observers say that the SPO’s Inspection Department will likely launch an investigation into the intelligence office in the near future. Calls to abolish the prosecution’s organization to collect data are expected to gain traction.
Share
Print
List