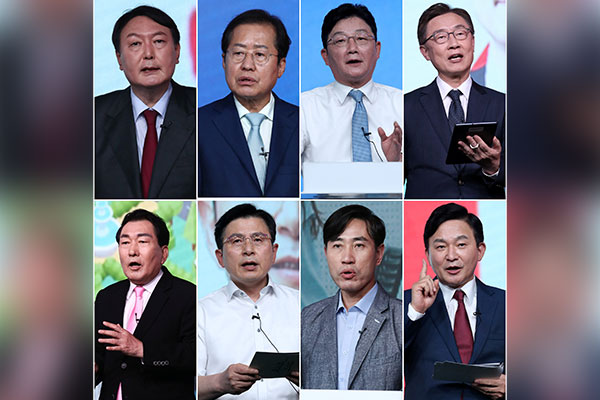 Eight of eleven presidential contenders running in the main opposition People Power Party’s(PPP) presidential primary have made it past the first cut.

The party’s election management committee revealed Wednesday morning the results of the first round which was carried out by surveying party members and the general public.

The election committee did not disclose how many votes each candidate secured or how they ranked.

The PPP will winnow the number of candidates to four on October 8 and select the party candidate on November 5.
Share
Print
List