Gov't Sticks to Plan for Phased Return to Normal Life 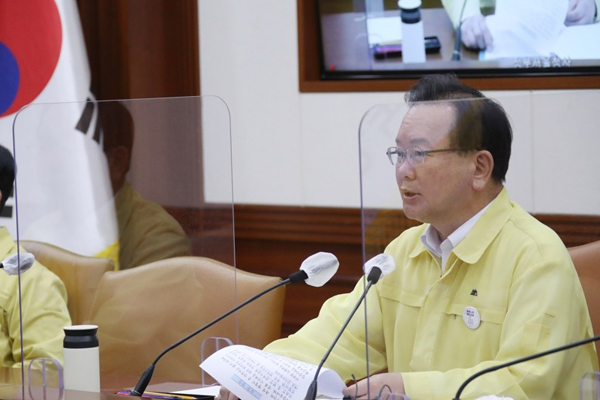 Prime Minister Kim Boo-kyum said on Sunday that the government sticks to its plan to return to a normal life in phases from late this month despite the recent surge in COVID-19 cases.

The prime minister made the remarks in a forum hosted by the Korean Local Commercial Broadcasters Association.

The prime minister also noted the difficulties small businesses and the self-employed endure amid the continued pandemic.

He said that 70 percent of the population will have been fully vaccinated by the end of October, which will enable the nation to move onto the next stage.

However, Kim said that even if the nation begins to return to a normal life, people should still wear masks.
Share
Print
List