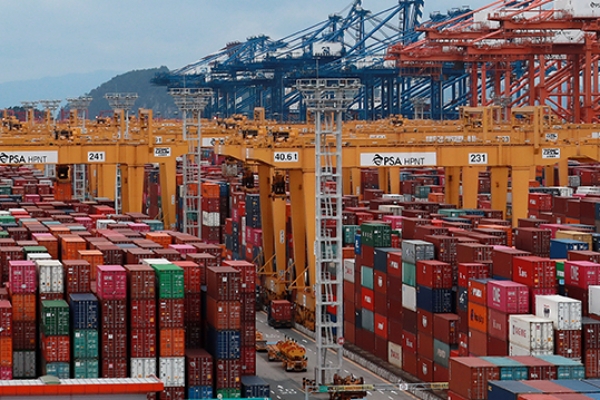 Export and import prices both rose last month amid a decline in the Korean currency's value against the U.S. dollar and rising prices of oil and raw materials.

According to data from the Bank of Korea(BOK) on Thursday, the country's export price index marked 114-point-18, up one percent on-month in September.

The reading marked the tenth consecutive monthly increase and was the largest figure since July 2013.