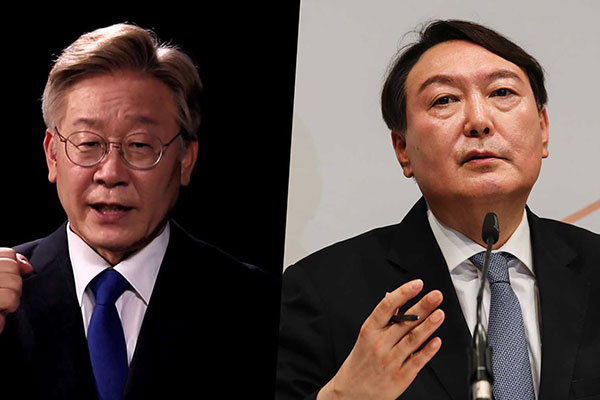 According to Realmeter's survey of over two-thousand people nationwide on a hypothetical four-way competition, Lee and Yoon were neck-and-neck earning 34 percent and 33-point-seven-percent support respectively, and within the error of margin for the survey.

When long-time conservative party leader and 2017 presidential candidate Hong Jun-pyo was listed instead of Yoon, Lee led against Hong by a bigger margin earning around 32 percent while Hong had roughly 27 percent support.

In a survey selecting the most appropriate presidential candidate of conservative opposition parties, Yoon garnered the highest support with around 30 percent, trailed by Hong with over 25 percent.

The survey, conducted on Monday and Tuesday, had a confidence level of 95 percent, with a margin of error of plus or minus two-point-two percentage points.
Share
Print
List