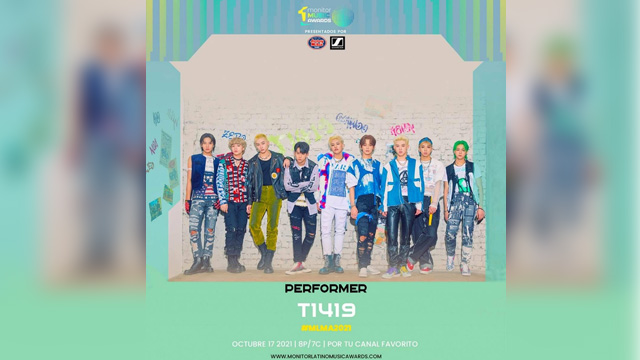 Its agency MLD Entertainment said Thursday the band will attend the ceremony on Sunday and perform "Flex,” the lead track from its album "Before Sunrise Part. 3"

The ceremony will be aired in 20 countries in the region and this year, the event takes place simultaneously at four locations: Miami in the U.S, Mexico's Guadalajara, Puerto Rico and Punta Cana in the Dominican Republic.

The boy band consists of five Korean and four Japanese members. They debuted in January this year with the single album "Before Sunrise Part. 1" whose title track is "ASURABALBALTA."
Share
Print
List