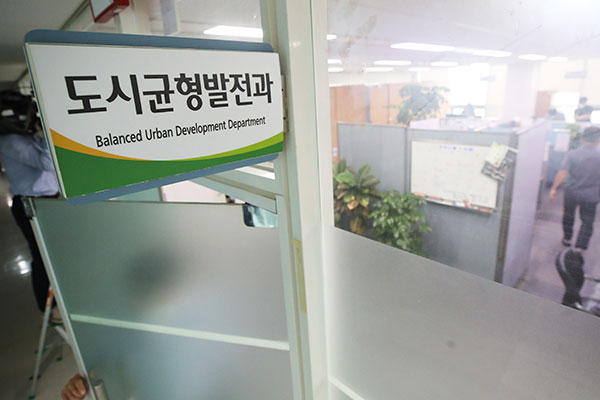 The raid comes as the Seongnam city government had approved and issued permits for various businesses related to the project.

With the raid, Gyeonggi Province Governor Lee Jae-myung, who was mayor of Seongnam City at the time of the project, could face an investigation.

The head of the Seoul Central District Prosecutors’ Office, Lee Jeong-soo, said on Thursday that the governor is included in this latest round of scrutiny.

Prosecutors found that the governor had signed a document that the city government’s administrative planning office had drawn up in January 2015 about approving private investment in the project.

Prosecutors plan to summon for questioning on Friday an official who was involved in drawing up the document.
Share
Print
List