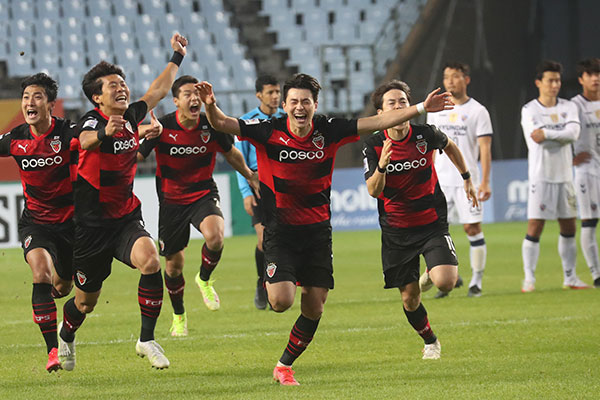 The Pohang Steelers have advanced to the finals of the Asian Football Confederation Champions League(ACL) for the first time in 12 years.

The 48-year-old pro club earned the berth on Wednesday after beating their arch-rivals and defending champions Ulsan Hyundai on penalties in the ACL semifinals held in Jeonju, North Jeolla Province.

The Steelers’ victory resulted from a shoot out that came after the score remained tied 1-1 for 120 minutes. All five Steelers kickers scored, while one of Ulsan’s kickers missed.

The last time the Steelers advanced into the finals of the ACL was in 2009 when the team ended up securing the championship.

The Steelers will play Al Hilal of Saudi Arabia in the finals slated for November 23 in Riyadh, their opponent’s home turf.
Share
Print
List