Interval between Vaccination, Booster Shots Shortened to 4 Months for Elderly 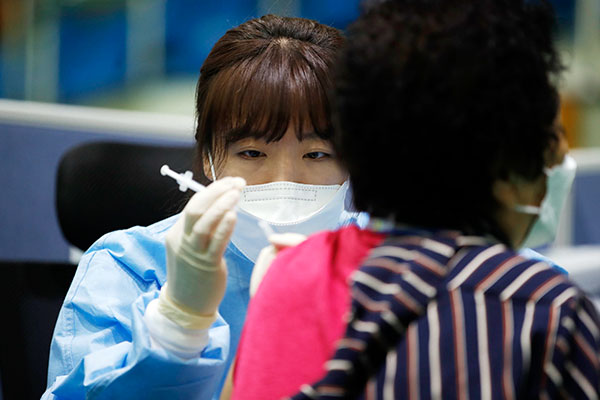 The government has decided to shorten the minimum interval between COVID-19 vaccination and booster shots for senior citizens aged 60 and older and nursing home patients from the current six months to four, and to five months for those in their 50s.

Prime Minister Kim Boo-kyum said on Wednesday that the government made the decision to shorten the intervals, citing the urgent need for booster shots to prevent infections among vaccinated people.

Currently, booster shots are given at least six months after the completion of vaccination, while workers at nursing homes and virus-prone facilities are allowed to receive them at five months.

The prime minister said that with the latest decision, about 13-point-78 million people are expected to receive additional shots by the end of this year, which is more than double from the original plan.

Kim asked for the public's active cooperation in reservations for additional shots for swift vaccination, while expressing concerns about a surge in infections among senior citizens over 60.
Share
Print
List