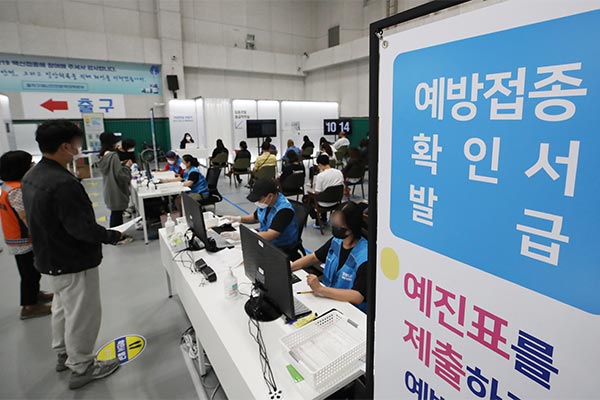 Prime Minister Kim Boo-kyum says it will be difficult to do a U-turn and impose stringent distancing rules again after four weeks of easing them, despite a recent resurgence in daily COVID-19 cases.

He made the remark in a meeting with reporters on Friday in response to speculations that the government may once again restrict private meetings or business operation hours due to growing infections, after transitioning to its system of the living with COVID-19 system on November 1.

Pointing to the nation's overtaxed medical system particularly in the greater Seoul area, Kim said the options open consideration are to shorten intervals for booster shots and to make it uncomfortable for people to get by without vaccinations.

The government is reportedly considering making COVID-19 patients pay for treatment out of their own pockets if they had been infected after refusing to get vaccinated or refused to leave treatment facilities for critical cases even after their conditions improved.

The government will deliberate on whether it is the time for people to take responsibility for their decisions, Kim said.

However, the prime minister also noted the government’s responsibility to protect its citizens, indicating that it may take some time before the government makes a decision.
Share
Print
List