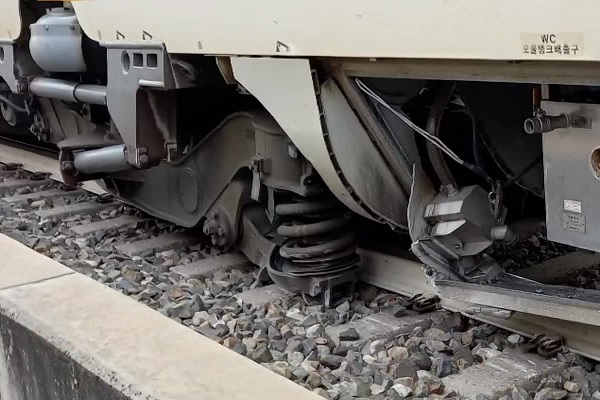 A KTX bullet train traveling from Seoul to Busan derailed in the central North Chungcheong county of Yeongdong on Wednesday, injuring seven passengers.

According to the Korea Railroad Corporation(KORAIL), a passenger car of the KTX-Sancheon train went off the tracks at 12:58 p.m. near Yeongdong Tunnel, after apparently being hit by a structure that fell from the tunnel.

After sounds of a loud explosion, the train's windows were shattered, forcing passengers to evacuate. Seven passengers suffered minor injuries, and one was transferred to a hospital.

There were a total of 303 passengers and crew members onboard. Operations on the Seoul-Busan line were delayed by more than one hour.

A KORAIL official said the transport ministry will conduct an investigation into what caused the derailment.
Share
Print
List