Yoon Pledges Monthly Stipends for 1 Year to Families with Newborns 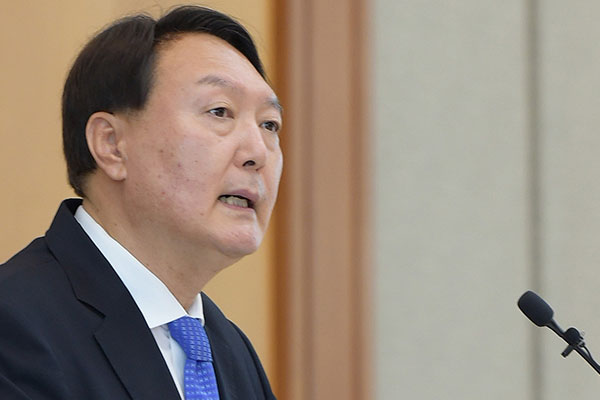 Yoon made the promise during a New Year’s press conference in Seoul, saying he will make institutional changes to overcome the nation’s low birthrate which he described as being catastrophic.

The candidate also promised to create a new ministry that will comprehensively deal with social issues regarding children, families and the population.

To overcome the COVID-19 pandemic, Yoon said he will set up a post-pandemic response committee and introduce a system in which the state will be responsible for essential health care.

The candidate also stressed the need to change the nation’s economy to be private-centered instead of government-focused.

He said he will double the nation’s growth potential and capacity to create jobs through what he called “fair, innovative economy” which would be driven by the private sector’s creativity and the market’s efficiency.

Yoon also unveiled plans to introduce a system under which rental costs will be shared by the lessor, lessee and the state as he vowed active government support to share the pain of small business owners.
Share
Print
List