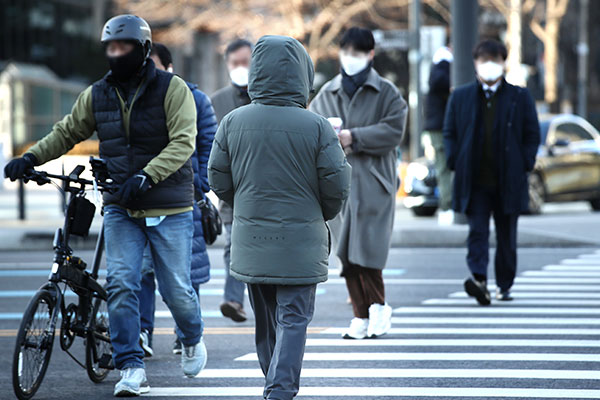 According to the Korea Meteorological Administration(KMA), temperatures as low as minus 20 degrees Celsius were observed in Hongcheon County in Gangwon and Paju, Gyeonggi Province at 6 a.m.

Morning lows in many inland regions were under minus 15 degrees while the mercury in Seoul hovered at minus 11-point-two degrees as of 8 a.m.

All regions except for Jeju saw temperatures plunge below zero, including minus five-point-four degrees in Gwangju, minus seven-point-three degrees in Daegu and minus four-point-five degrees in Busan.

Central regions, including the capital area, are forecast to remain below zero in the afternoon, including some at minus four degrees, while afternoon highs in other places will rise up to five degrees.