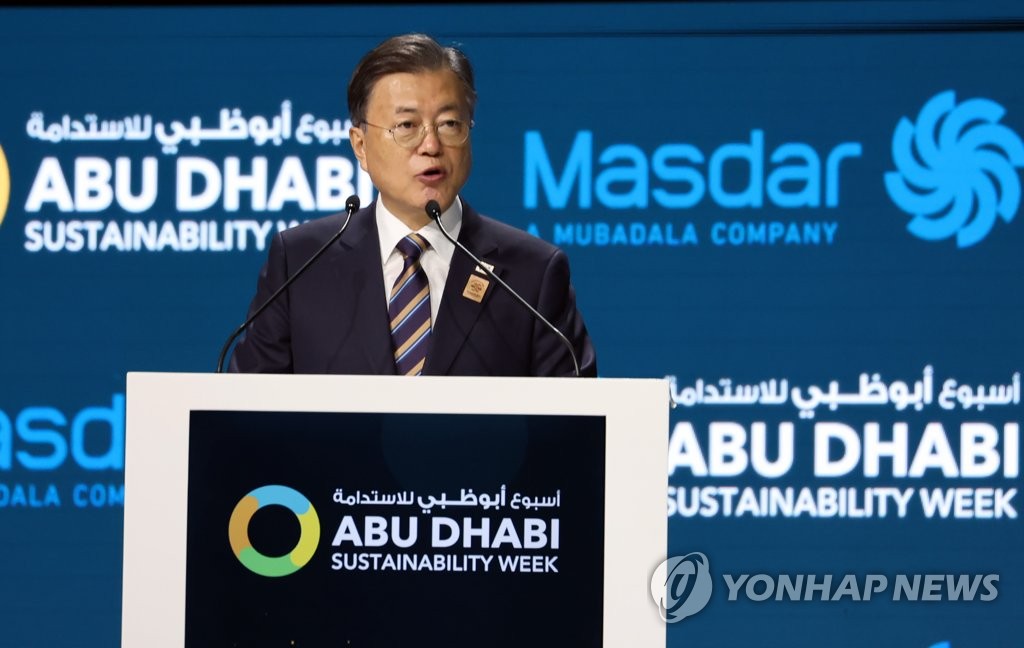 President Moon Jae-in will wrap up his three-day trip to the United Arab Emirates and depart for Saudi Arabia on Tuesday.

Moon will make an official trip to the Middle Eastern country at the invitation of Saudi Arabia's de facto ruler Crown Prince Mohammed bin Salman. It marks the first time in seven years for a South Korean leader to visit the country.

President Moon will arrive in the Saudi capital of Riyadh, hold talks with the crown prince and attend an official luncheon.

As this year marks the 60th anniversary of the two nations forming diplomatic ties, the two leaders are expected to discuss ways to expand bilateral cooperation from energy and infrastructure to the sectors of health, science, technology and hydrogen.

After talks with the crown prince, President Moon will attend a business forum and deliver a keynote speech on the direction of cooperation between the two nations.

The president will then visit the historic Diriyah, the birthplace of the first Saudi state and a UNESCO World Heritage-listed site.
Share
Print
List