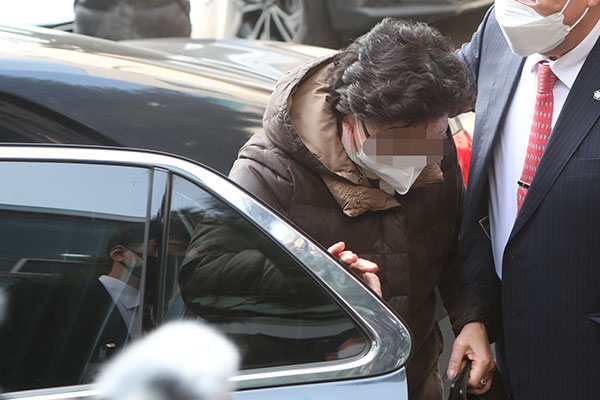 An appellate court has overturned the conviction of the mother-in-law of People Power Party(PPP) presidential candidate Yoon Suk Yeol, finding her not guilty of illegally receiving health insurance benefits.

The Seoul High Court on Tuesday threw out the three-year sentence Choi Eun-soon received in her first trial and ruled her innocent.

The 76-year-old was indicted in late 2020 on charges of fraud and violating the Medical Service Act. She was accused of collecting insurance benefits of nearly two-point-three billion won by illegally opening a convalescence hospital even though she was not a medical professional.

Choi claimed her innocence, saying she was not involved in the hospital's operation but only lent money to set up a medical foundation which she received back. She also served as joint board chair of the foundation.

Last July, a lower court found her guilty and handed down the three-year prison sentence sought by prosecutors. She was immediately taken into custody.

She appealed the verdict and has been on trial without detention after being released on bail in September.
Share
Print
List