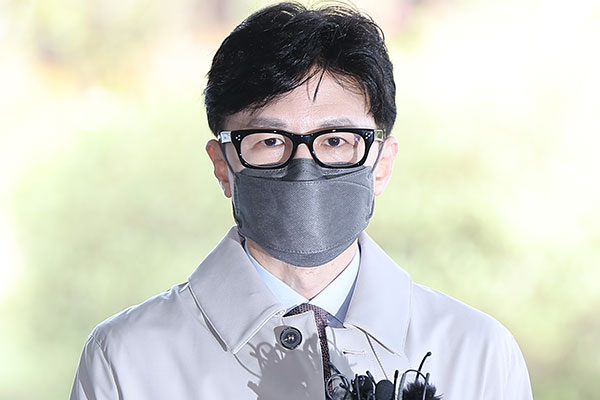 Lawmakers of rival political parties clashed with each other at the start of Monday's confirmation hearing for justice minister nominee Han Dong-hoon, with less than a day to go to the launch of the Yoon Suk Yeol administration.

Ruling Democratic Party(DP) Rep. Kim Young-bae said the nominee's insufficient submission of documents linked to various allegations has made it impossible to verify his credentials.

Kim urged Han to submit files in relation to his mother's alleged tax evasion and a related expedient gifting of an apartment unit, the purported violation of the agricultural law, and allegations surrounding his teenage daughter's extracurricular activities related to her college admission.

DP lawmakers also called on Han to apologize for mentioning in his opening remarks the pair of bills meant to strip the prosecution's investigative power, saying their approval will make it more difficult to punish politicians and public officials, while the public will suffer.
Share
Print
List