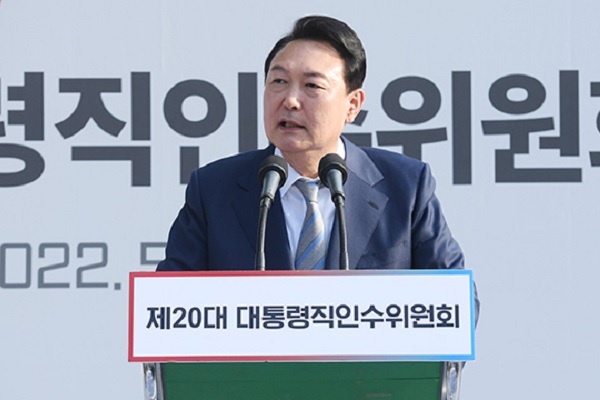 The inauguration of Yoon Suk Yeol as South Korea’s 20th president kicked off at the National Assembly on Tuesday under the slogan, “Again South Korea! A New Nation of People.”

The official ceremony is set to be held from 11 a.m. when Yoon and First Lady Kim Keon-hee arrive at the venue.

A total of 41-thousand seats have been set up, including 24-thousand for regular citizens who have been invited.

Yoon and Kim will step out of their vehicle from the front gate of the National Assembly and walk some 180 meters toward the platform where they will be joined by former presidents, including Moon Jae-in.

Yoon will take the oath of office on the platform before descending the stairs onto a stage extending toward the audience where he’ll deliver his inauguration speech.

After the ceremony, Yoon will head to the presidential office in Yongsan without a car parade and meet with foreign delegations.

Later in the afternoon, the new president will attend a celebratory event at the National Assembly before attending a dinner at the Shilla Seoul hotel.
Share
Print
List