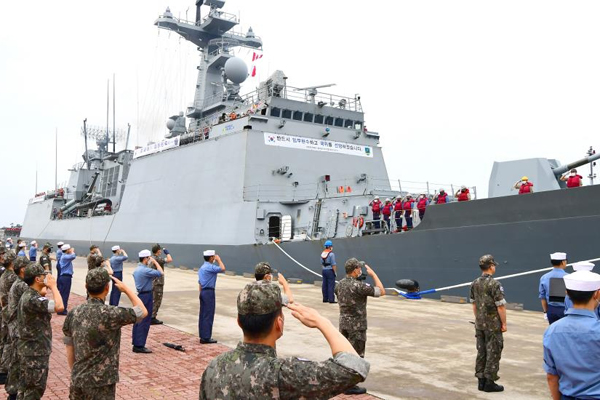 North Korean media have criticized South Korea's decision to participate in the world's largest naval drill, the U.S.-led Rim of the Pacific Exercise(RIMPAC), on the largest scale ever.

It added that South Korea will face criticism and condemnation from all Koreans and the international community for the move.

Meanwhile, other news outlets such as the Echo of Unification and Arirang Meari shared similar sentiments, warning against South Korea's expanding participation in drills with the U.S.

South Korea will be dispatching the largest-scale naval fleet and a brigadier general to the multinational maritime training slated to be held in and around the Hawaiian Islands from June 29.
Share
Print
List