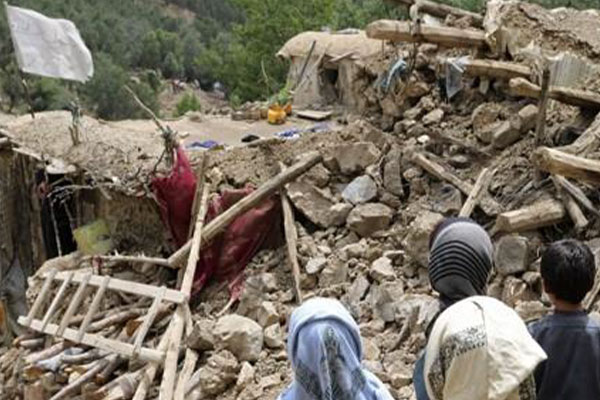 The South Korean government has sent condolences to the victims of the earthquake in Afghanistan and their bereaved families.

In a statement on Thursday, the foreign ministry expressed its deepest condolences, saying it hopes for a prompt recovery of the quake-ridden regions.

A five-point-nine magnitude earthquake hit Afghanistan's southeastern province of Paktika near the Pakistani border on Wednesday, killing at least one-thousand.

The UN humanitarian coordinator in Afghanistan, Ramiz Alakbarov, said in a virtual briefing that nearly two-thousand houses appear to have been destroyed due to the strong quake.
Share
Print
List