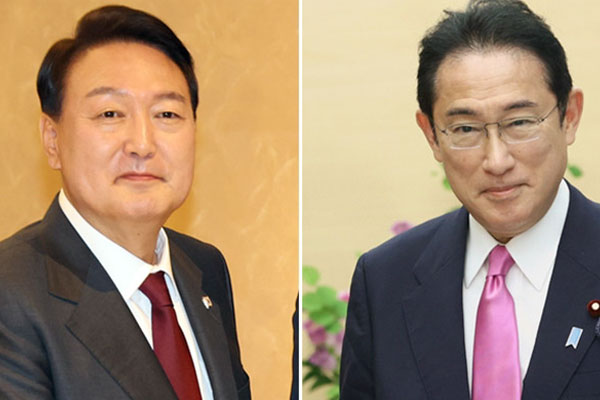 President Yoon Suk Yeol and Japanese Prime Minister Fumio Kishida met for the first time face-to-face at a gala dinner on Tuesday hosted by Spain's King Felipe VI welcoming the heads of state and government on the eve of the NATO summit in Madrid.

The presidential office said on Wednesday that the two leaders conversed briefly for around four minutes.

According to the top office, Kishida first greeted Yoon and extended his congratulations on Yoon’s inauguration and the ruling camp’s victory in the local elections held earlier this month.

The two leaders will attend a trilateral summit with U.S. President Joe Biden on Wednesday. Efforts to hold a South Korea-Japan summit on the sidelines of the NATO summit collapsed.
Share
Print
List