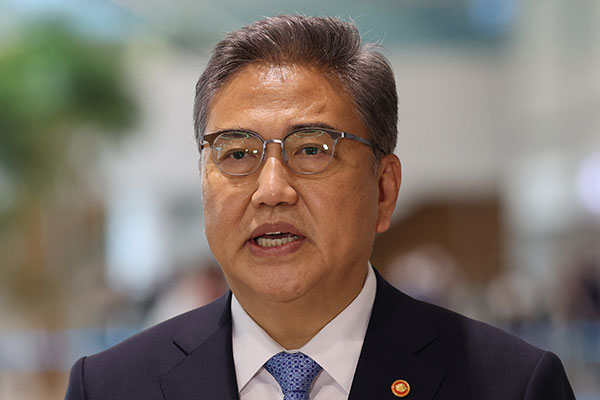 The top diplomats of South Korea and Mexico held talks in Seoul on Monday.

According to the Seoul government, foreign minister Park Jin held talks with his Mexican counterpart, Marcelo Ebrard, at the foreign ministry building in Seoul on Monday afternoon.

In his opening remarks at the meeting, Park said that South Korea established a strategic partnership with Mexico in 2005, the first with a Latin American country, and has maintained a close relationship since as a key partner in Latin America.

The minister stressed the growing importance of Mexico for South Korean businesses as a production and investment base for the Americas, noting South Korea is Mexico's third largest trading partner and Mexico is South Korea's largest trade partner in Latin America.

This year marks the 60th anniversary of establishment of diplomatic ties between the two nations.

Minister Park said that in the talks with Ebrard, he hopes the two sides will seek ways to continue their strategic cooperation for another 60 years of mutual prosperity in various areas including trade, investment, economic security, supply chains, aerospace and healthcare.
Share
Print
List