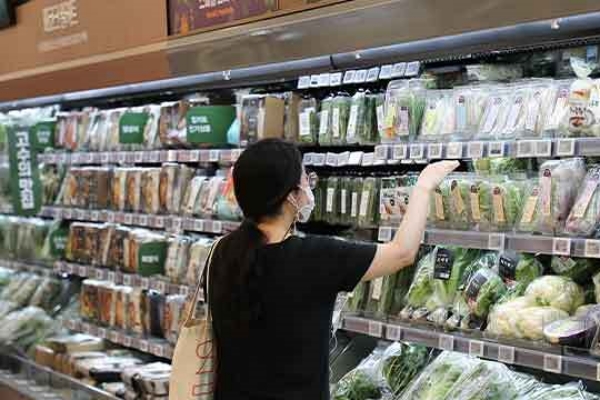 According to Statistics Korea on Tuesday, the country's consumer price index stood at 108-point-22 in June, up six-percent from a year earlier.

It is the largest on-year gain in 23 years and seven months since November 1998 when it jumped six-point-eight percent.