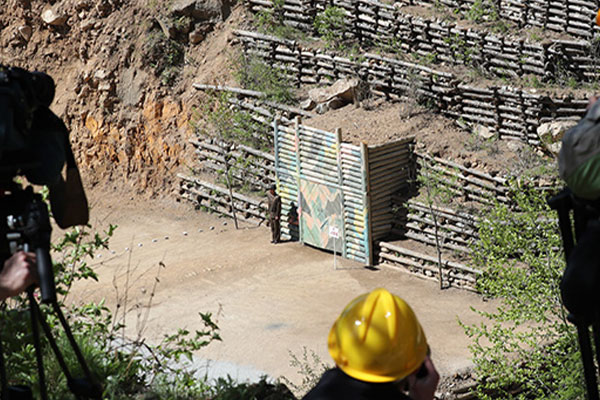 A confidential United Nations experts' report says North Korea has continued to prepare for its seventh nuclear test by developing detonators and digging a new shaft at the Punggye-ri testing facility.

Details of the report were published by foreign media outlets including The Associated Press and Reuters on Friday, citing a draft of an expert panel report submitted to the United Nations Security Council North Korea sanctions committee.

The independent sanctions monitors analyzed that Pyongyang has continued to develop its capability to produce nuclear materials at the Yongbyon nuclear site while also carrying out mine restoration at the Punggye-ri location.

They also believed that the North tested its detonators at Punggye-ri and nuclear test preparations had entered their final stages as of early June.

The report said the regime made test preparations during the first six months of this year.