Insurance Firms: Some 6,000 Vehicle Flood-Damage Claims Made over 2 Days 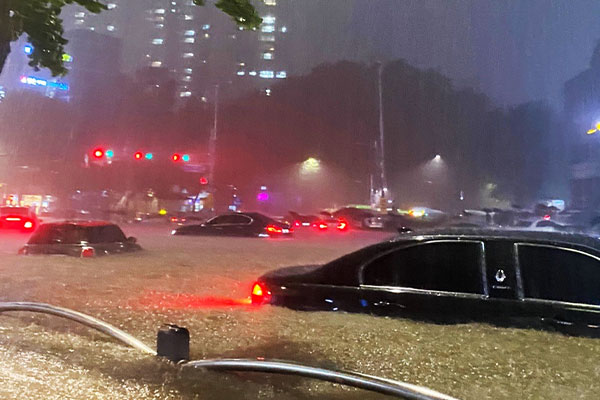 Nearly six-thousand vehicles are estimated to have become submerged on Monday and Tuesday in Seoul, Incheon and Gyeonggi Province due to sudden torrential rains flooding the region.

According to industry sources on Wednesday, the nation’s top five insurance companies, including Samsung Fire and Marine Insurance and DB Insurance, received flood damage claims from the owners of five-thousand-657 vehicles over the past two days. They put the sum of estimated damages at a little over 77 billion won.

Of them, one-thousand-894 were found to be foreign brands. Their damages alone are projected to be over 42 billion won.

A source at one of the companies said it is unprecedented for six-thousand cars to become flooded in just two days. As such, insurance firms are on edge as many of the claims were made from owners of expensive imports.

The source added that insurers are expecting to see more claims as the heavy downpours are expected to continue this week.
Share
Print
List