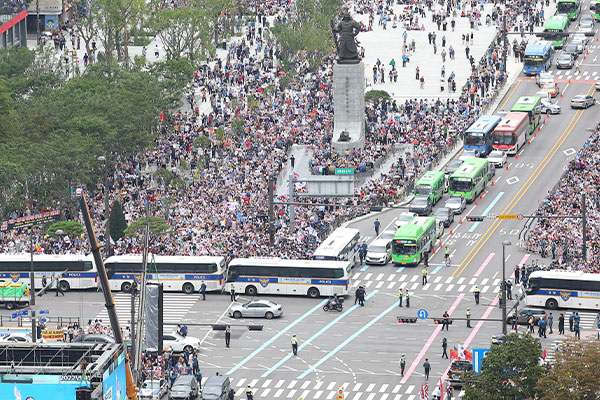 Kim made the remarks during a press briefing on Tuesday, stating that the rally blocked some roads but that the problem was resolved at an early stage. He said he will take a thorough look into related evidence to examine the event for any illegalities.

A large-scale rally led by extreme-right conservatives from the Liberty Unification Party was held on Monday near the Gwanghwamun Plaza to mark Liberation Day, causing extreme traffic congestion.