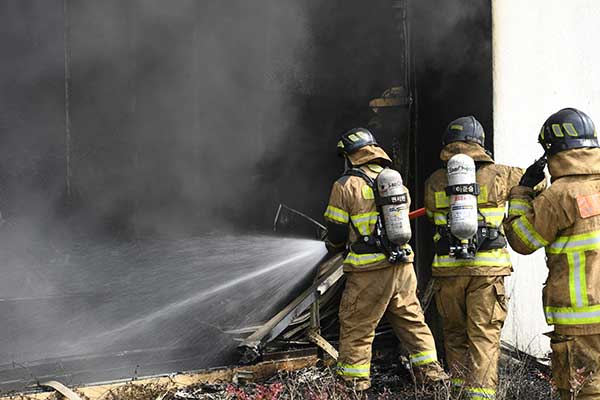 At least seven people have been killed after a morning fire that broke out at an outlet mall in the central city of Daejeon on Monday, including four whose bodies were recovered in the afternoon.

According to local fire authorities, sparks were spotted around 7:45 a.m. near the basement-level cargo handling area of the Hyundai Premium Outlet in Daejeon.

Large plumes of smoke were then reportedly seen as the fire quickly spread, prompting the evacuation of some 110 people from nearby buildings. There were no customers at the outlet as the fire broke out before business hours.

The flames were finally put out at around 3 p.m. Seven of the eight workers reported to be in the basement area have been confirmed dead, identified as people involved in delivery, cleaning and disaster prevention work.

The eighth individual - a man in his 40s - was hospitalized after being found with serious injuries.
Share
Print
List