Late Night Cab-Hailing Premium to Rise as High as 5,000 Won in Capital Area 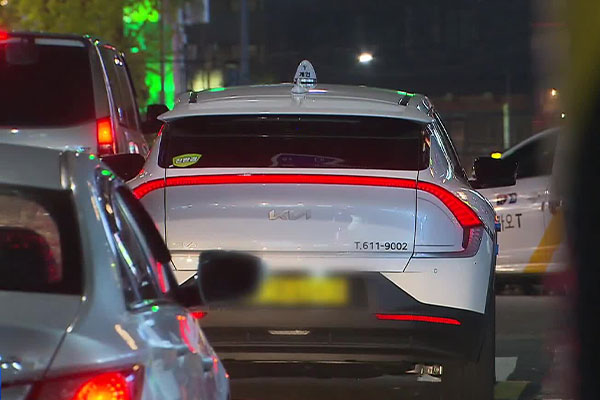 Starting as early as mid-October, a cab-hailing fee built into smartphone applications will increase to a maximum of five-thousand won on a trial basis between the hours of 10:00 p.m. and 3:00 a.m. in the capital region.

The Ministry of Land, Infrastructure and Transport explained on Tuesday that the fees -- which are optional and paid to incentivize drivers to take the call -- will rise when taxis are called during the peak hours and from areas with the highest demand.

Hailing charges for affiliated taxis, such as Kakao T Blue and Macaron Taxi, will jump from the current ceiling of three-thousand won to five-thousand won, while the premium for go-between apps like Kakao T and UT will rise to four-thousand won.

While passengers can decide whether or not to pay the hailing charge, for those who do opt to pay the premium, the platforms will disallow drivers from seeing the caller's final destination thus preventing them from passing up shorter rides.

In addition to the fee increase, intended to get more drivers out on the street with improved wages, other efforts to relieve the late-night taxi shortage include allowing licensed cab drivers to work part time for corporate taxi companies and abolishing the system requiring drivers to rotate days off.
Share
Print
List