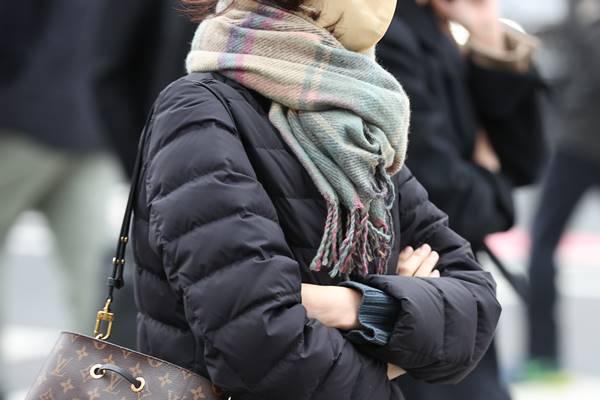 A cold wave is forecast to grip South Korea on Wednesday with the morning lows set to reach as low as minus 10 degrees Celsius in parts of the country.

The Korea Meteorological Administration(KMA) said on Tuesday the mercury the next morning will fall to minus 10 to minus five in the central region and the inland areas of North Gyeongsang Province, and further below minus 10 degrees for northern parts of Gyeonggi Province and Gangwon Province.

The temperature reflecting the windchill will likely cause people to feel even colder, at an equivalent of around minus 15 degrees.

Seoul will see temperatures plunge to minus seven degrees, which would be the first such occasion since the capital hit minus seven-point-three degrees in November of 2015.

Some regions will even remain below freezing on Wednesday afternoon, with the daytime highs forecast to range from minus three degrees and five degrees.
Share
Print
List