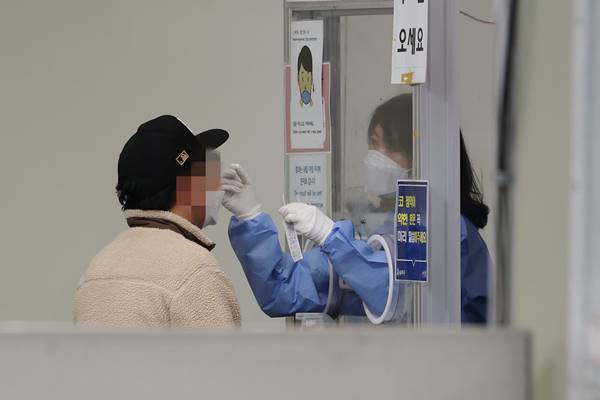 New COVID-19 cases registered in the 40-thousands amid a slowdown in a winter resurgence.

The Korea Disease Control and Prevention Agency said Sunday that 46-thousand-564 infections were reported throughout the previous day, including 69 cases from overseas. The total caseload came to around 27 million-308-thousand.

The daily tally dropped by some six-thousand from a day ago due two fewer tests over the weekend. The figure is also down by 446 from a week ago, suggesting a possible pause in the spread.