Yoon Speaks to Bento, Son Heung-min in Phone Call after Victory over Portugal 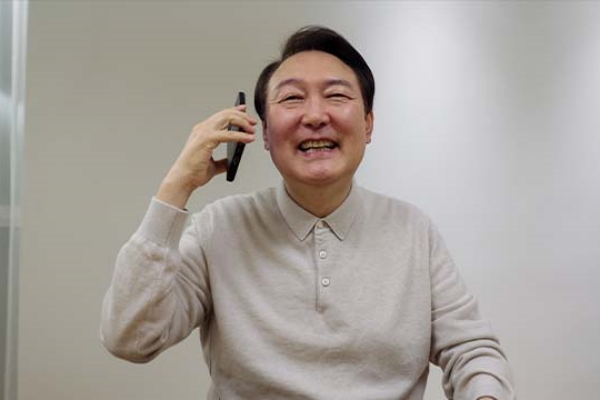 President Yoon Suk-yeol had separate phone talks on Saturday with the South Korean national team's head coach Paulo Bento and captain Son Heung-min after the team beat Portugal 2-1 to advance to the knockout round of the FIFA World Cup.

Presidential spokesperson Lee Jae-myoung said in a written press briefing on Saturday that Yoon praised the coach's leadership in a phone call with Bento.

Yoon reportedly said that he could see the players have great respect for the coach, adding he thought Bento's leadership brought the players together and led to the victory.

Yoon asked Bento to guide the players to perform well and with confidence in Tuesday's match against Brazil, to which Bento responded that Team Korea and he would put their best efforts forward for South Korean citizens and Korean football.

In talks with Son, the president said that he was worried Son would get hurt again during the game. In response, Son reportedly said that he was preparing well with the thought that he would dedicate himself to the country.