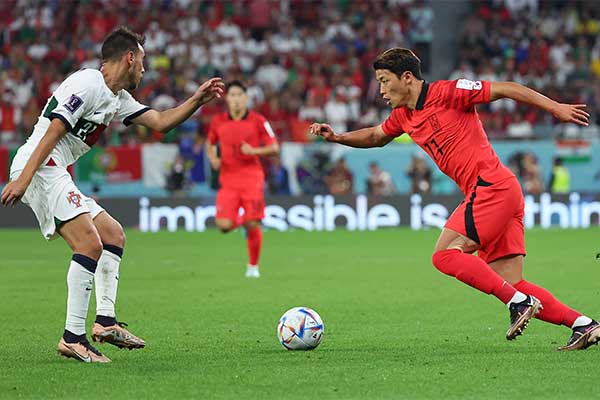 All 16 teams advancing to the knockout stage in the Qatar World Cup have been determined.

The round of 16, comprising eight matches, will kick off at 12 a.m. Sunday Korea time at Khalifa International Stadium where the U.S. faces the Netherlands.

Argentina will then take on Australia, France will fight Poland, England will face Senegal, and Japan goes up against Croatia.

Then 28th-ranked South Korea, runners up in Group H, will face off world No. 1 Brazil, the most likely winners of the tournament, at Stadium 974 in Doha at 10 p.m. Monday local time or 4 a.m. Tuesday Korea time.