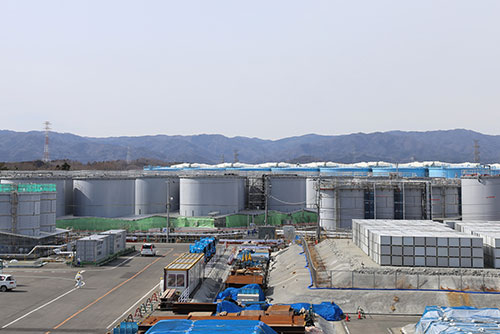 South Korea plans to deliver its concern over media reports the Japanese government is mulling releasing treated water from a nuclear plant damaged by the March 2011 earthquake and tsunami.

An official of Seoul’s Foreign Ministry revealed the plan to reporters on Tuesday, saying that given the influences of radiation-related issues and public sensitivity to them, it's a legitimate concern for South Korea as a neighboring country.

The official said the government will seize a proper opportunity to deliver its concern to the Japanese government and seek cooperation to address the issue.

The move comes after reports emerged that the Japanese government might release water at one of the Fukushima nuclear power plants after purifying it. However, the Japanese media reported more than 80 percent of the purified water still contains radioactive elements.
Share
Print
List