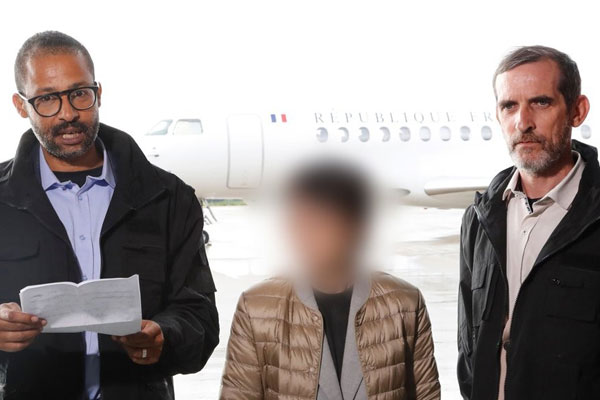 "The freed hostages will be able to find their freedom and their loved ones again."

French special forces have rescued four hostages, including two of its own citizens, a South Korean and an American, from a militant group in Burkina Faso.

The French military announced on Friday that two of its commandos lost their lives during the operation in the West African country. It said four terrorists were killed while two escaped during combat.

"This was a very complex operation as it was aimed at the freeing of hostages. It was led during the night of the 9th to the 10th of May in the north of Burkina Faso. At the heart of this operation, two officers of Operation Barkhane lost their lives."

The operation was carried out in the north of Burkina Faso while the kidnappers were on a break while taking the four hostages to Mali, possibly to hand them over to the Mali-based Islamist militant group Katiba Macina.

The French special ops had not been aware of the presence of the Korean woman in her 40s and American hostage who both had been held captive for 28 days.

While confirming the presence of a South Korean citizen among the rescued, Seoul's Foreign Ministry told reporters that the four will be transported to France where they will receive medical checkups.

The Foreign Ministry also expressed its "deep gratitude" to the French government for rescuing a South Korean citizen while delivering condolences to the families and the French military for the two fallen commandos.

During telephone talks with French Minister of the Armed Forces Florence Parly, Seoul's Defense Minister Jeong Kyeong- also South Korea's gratitude to the French military, asking his counterpart to deliver the South Korean government's condolences to the families of the two French soldiers killed in action.

Most of Burkina Faso is under the ministry's travel restraint, or "yellow" alert. The northern part of the Western African country is under the "red" alert, which advises Korean citizens to evacuate the area.

The Sahel region overall has recently seen a rise in violence by al Qaeda and Islamic State-linked militants. France has around four-thousand 500 troops in the region, which it once colonized, to fight Islamist militants.