Eating out in N. Korea 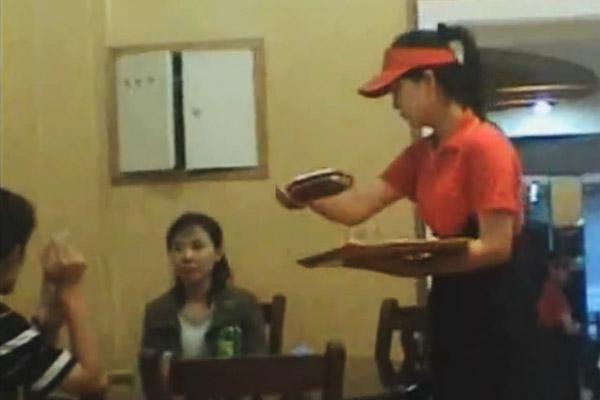 Many South Korean people have been choosing to eat out in recent weeks, due to a sweltering early summer heat wave gripping the nation. They prefer to enjoy nice meals at cool air-conditioned restaurants or simply order food on mobile delivery apps, rather than preparing their meals at home by using cookers that blow out a lot of heat.

It is said that eating out is becoming a more common part of everyday life in North Korea as well. Today, we’ll bring to light the culture of eating out in North Korea with Kang Mi-jin, a North Korean defector and reporter at the Seoul-based online newspaper, Daily NK.

North Korean people do not go out to eat as often as their South Korean counterparts. North Koreans mostly still believe that it is appropriate to cook meals themselves with great care and eat at home. They eat out on special occasions such as when they take a field trip or go sightseeing to Pyongyang or Mt. Baekdu. In those cases, they have no choice but to eat at local restaurants or markets.

Until the early 1990s, North Koreans were not familiar with the concept of eating out. They thought that people would go to restaurants only when they were away from home because they could not enjoy a nice, home-cooked meal. There was even a saying that if a woman likes eating out too much, bad luck could befall the house. North Koreans occasionally dined at restaurants on national holidays like the birthdays of former leaders Kim Il-sung or Kim Jong-il or on the birthdays of their family members.

It was not difficult to eat at restaurants, though. Previously, North Koreans could eat at any restaurant as long as they had a certain food ticket that represented 200 grams of food and one North Korean won.

Things began to change in the mid-1990s when severe economic difficulties forced many individuals to sell food at private markets or jangmadang to survive on their own. As a result, more and more North Koreans began to eat outside their homes, while the number of famous restaurants rose.

There is a restaurant named “Aprokgak(압록각)” in Ryanggang Province. The dishes offered include nongma(농마) or potato noodles and yuri-tteok(유리떡), which means “glass rice cake.” As you may guess from the name, this rice cake is transparent so you can see what is inside—beans or cabbage. Since potato starch is added, it is very chewy and delicious.

In Jagang Province, an eatery called “Ganggye(강계) Noodles” sells noodles made from millets or potatoes indigenous to the region. The noodles are served in wide bowls that almost look like a tray.

South Hamgyeong Province is famous for Hamheung cold noodles, which are also very well known here in South Korea. “Hamheung New Restaurant” is a representative cold noodle eatery in the Hamheung area. In South Korea, spicy buckwheat noodles were once mistakenly regarded as Hamheung cold noodles, which actually include raw fish. Some restaurants sell cold noodles in the summer and rice in chicken soup called onban in winter. A restaurant named “Aprokganggak(압록강각)” in North Pyongan(평안) Province offers bread made from a mixture of elm tree roots and corn. It tastes uniquely wonderful.

In North Korea, people may eat out at street stalls, eateries at the jangmadang or restaurants owned by the government. The ones mentioned by Ms. Kang are all state-run restaurants. The government operates restaurants in different regions to promote local food. For example, the potato noodle restaurant in the cold province of Ryanggang, located on the northern tip of the Korean Peninsula, represents the regional food culture of using frozen potatoes. The most famous state-run restaurant in North Korea is, no doubt, Okryugwan.

When I was 14, I ate naengmyeon or cold noodle at Okryugwan(옥류관) for the first time in my life. I still vividly remember the moment of relishing the amazingly delicious and fresh noodle and broth. I’m sure that people in any part of the world will like the chewy texture of the noodle and its mild but deep broth free of any chemical seasoning. Okryugwan(옥류관) is a must-visit restaurant for tourists in Pyongyang. Of course, locals including families and groups can enjoy the traditional cold noodles there. In a word, Okryugwan(옥류관) is a representative, immensely popular restaurant in the capital.

During the inter-Korean summit in the border village of Panmunjom in April of last year, Okryugwan’s signature naengmyeon was served as the dinner menu. At the time, North Korean leader Kim Jong-un proudly said, “We did manage to bring naengmyeon all the way from Pyongyang.” Okryugwan in Pyongyang is so popular that people always line up outside the restaurant while some even get tickets from scalpers. The illegal ticket sales place more financial burden on citizens who already find the menu rather expensive.

On the other hand, restaurants in the jangmadang and street stalls offer more diverse and affordable menus including noodles, rice cakes, sundaes or Korean blood sausages, tofu rice and snacks eaten with drinks. Food delivery services can also be found in North Korea.

Food delivery services began to appear in North Korea in the 2010s, especially after 2014 when the number of mobile phone subscribers shot up. More and more people use the delivery services because food is just a phone call away. For instance, if people run out of liquor, all they need to do is pick up their phone and order and it is delivered to their doorsteps right away. People can get almost all the food items at markets delivered to their homes.

In the past, there were only a handful of restaurants even in Pyongyang. But nowadays, it is common to find privately-run eateries as well as high-end restaurants for wealthy businesspeople. To secure more customers, restaurants have introduced food delivery services. As a result, many citizens, who used to cook food at home to treat their guests, choose to order food by phone now. On special occasions like weddings, some rich families order ceremonial food from famous restaurants. These days, some people even order food using smartphone apps.

Delivery apps are not very common yet, but it is said that customers can use such apps to order things from state-run enterprises in Pyongyang, including Okryugwan(옥류관). It has become easier for North Koreans to get things delivered, thanks to the wider use of mobile phones. They can save time due to the convenient delivery services. I think the expansion of markets has contributed to creating new jobs and the delivery culture.

In 2015, the Choson Sinbo, a pro-North Korean newspaper based in Japan, reported that one can order various dishes, including Okryugwan’s famous cold noodles, by downloading an app called “Okryu.”

Of course, delivery apps can be used for only a few restaurants in North Korea for now. The restaurant scene is flourishing in Pyongyang, but not yet in the entire nation. Still, market activities based on the law of supply and demand are rapidly changing the communist North, with some people even embracing app-based food delivery service.

(Next week, we’ll talk about vacations in North Korea.)