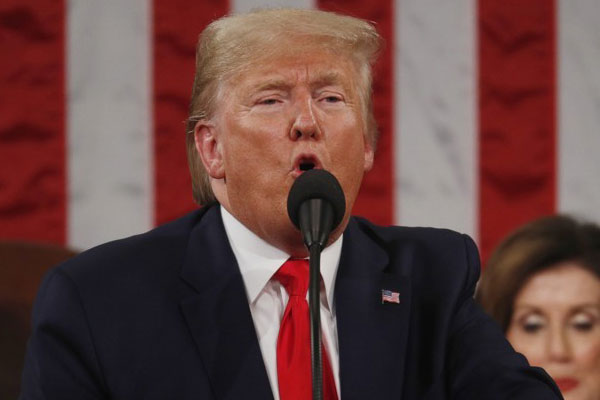 "I ambassador from South Korea... I have one brief question... Do you expect North Korea would come to the negotiation table before the presidential election in the United States? What do you ."

"We had some good talks with them late in the fall in Scandinavia and we hope they'll come back to the table and then come back to Sweden and meet with us...

"As far as when it happens, I think what this president has shown and what President Trump has shown both with the peace plan and otherwise is there's an utter disregard on his part U.S. politics when it comes to doing what's right for the American people.

He'll be doing what's right for the American people, whether it's popular, unpopular, risky, not risky, right up until the day of the election."

Asked about North Korea, O'Brien underlined that Washington won't take any notice of the domestic political calendar, while hoping that North Korean leader Kim Jong- would stick to the commitment he made at the 2018 Singapore summit with Trump.

"I'm not sure that they're thrilled with the idea of having a nuclear North Korea, so I think it's in China's interest to work with us. They have been working with us and we'll continue to press them to do everything they can to help Chairman Kim realize the commitment he made in Singapore."

During his 80-minute State of the Union address just a day earlier, Trump decided not to discuss North Korea's denuclearization, leaving many to doubt whether the goal remains a priority.

Responding to a question from South Korean ambassador Lee Soo-hyuck, O’Brien reconfirmed Trump's continued pursuit of a foreign policy success story. However, it remains to be seen if Trump and Kim will be able to narrow the gaps that emerged during their second summit last year.

Following the collapse of the Hanoi meeting, the two sides' negotiators have failed to agree on how much is necessary to remove S-led international sanctions on North Korea.